China has become the exemplar of contemporary changes in how we imagine manipulate, and construct space: an uncontested center of global signature architecture as well as a challenge to population management and urban planning, a forerunner in massive infrastructure project as well as a battlefield against environmental problems on a planetary scale. Contemporary spaces is becoming increasingly subject to control – thanks to precise mapping, planning, and simulation technologies – even as it is traversed by forces that are increasingly difficult to control, such as massive migratory flows and environmental disasters. This course thinks through the spatial tensions inherent in contemporary Chinese cities through interdisciplinary lenses to study how urbanization transforms spatial and social structures in a context of globalization. It views space as an interface in which the lines between spatial imaginaries and ideologies on the one hand and the concrete policing, shaping, and construction of space on the other hand becomes blurred. As such, to reflect on the question of how to think spatio – politically and how we can put concrete insights on – site and conceptual frameworks into critical and productive dialogue, we moved between different scales of analysis: between the material and the conceptual, between the global and the locally specific. Chongqing – the site of the week-long fieldtrip that was part of the seminar – served as a case study. Built on mountains and situated at the confluence of two rivers, the Yangtze and the Jialing, Chongqing is a geographically compelling as well as an urbanistically complex city. One of the largest cities in the world with 30 million residents, Chongqing’s central core is a multi-ground city stratifies into vertical urban layers while its metropolitan area is surrounded with mostly rural landscapes. The region experienced massive spatial and demographic transformations shaped by large-scale infrastructural projects such as the Three Gorge Dam. Our exploration of the spatial tensions within the unique geographic, urban, infrastructural, and cultural context of Chongqing, in comparison with other Chinese (and global) cities was frames by critically working through the poles of spatial tensions in play, such as urban/rural, surface/depth, water/land, virtual/material, infrastructure/fabric, global/local, construction/deconstruction, excess/precarity.

The class traveled to Chongqing, China, through a funded week-long fieldtrip in late September 2018, during which students got to experience some of the spatial tensions under investigation and met with local scholars and cultural producers in related fields. In addition to participating in weekly discussions of a wide range of texts and media, students developed a final project that brings the seminar’s theoretical and analytical tools into dialogue with concrete material in a combination of research and in situ observation. 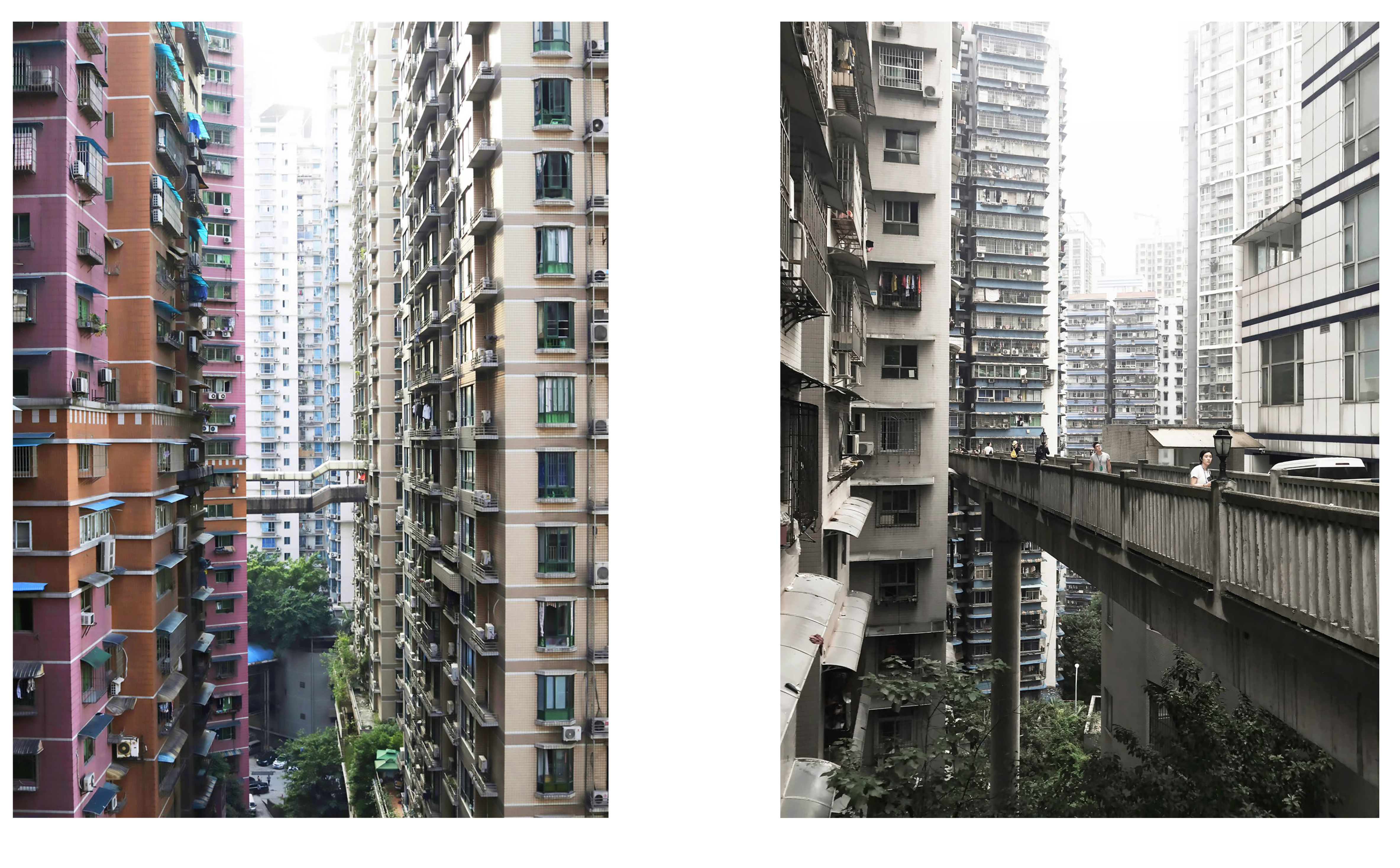 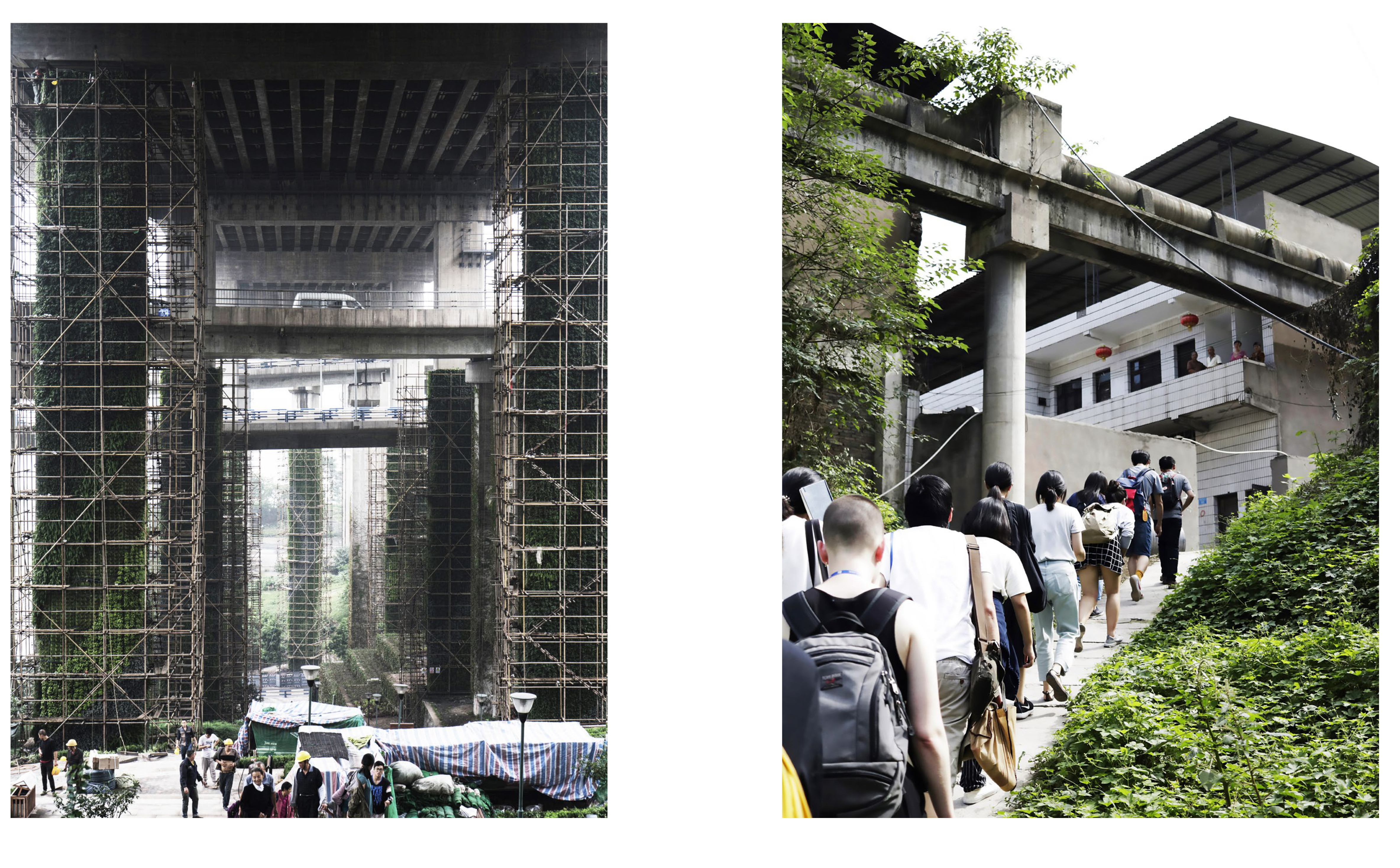 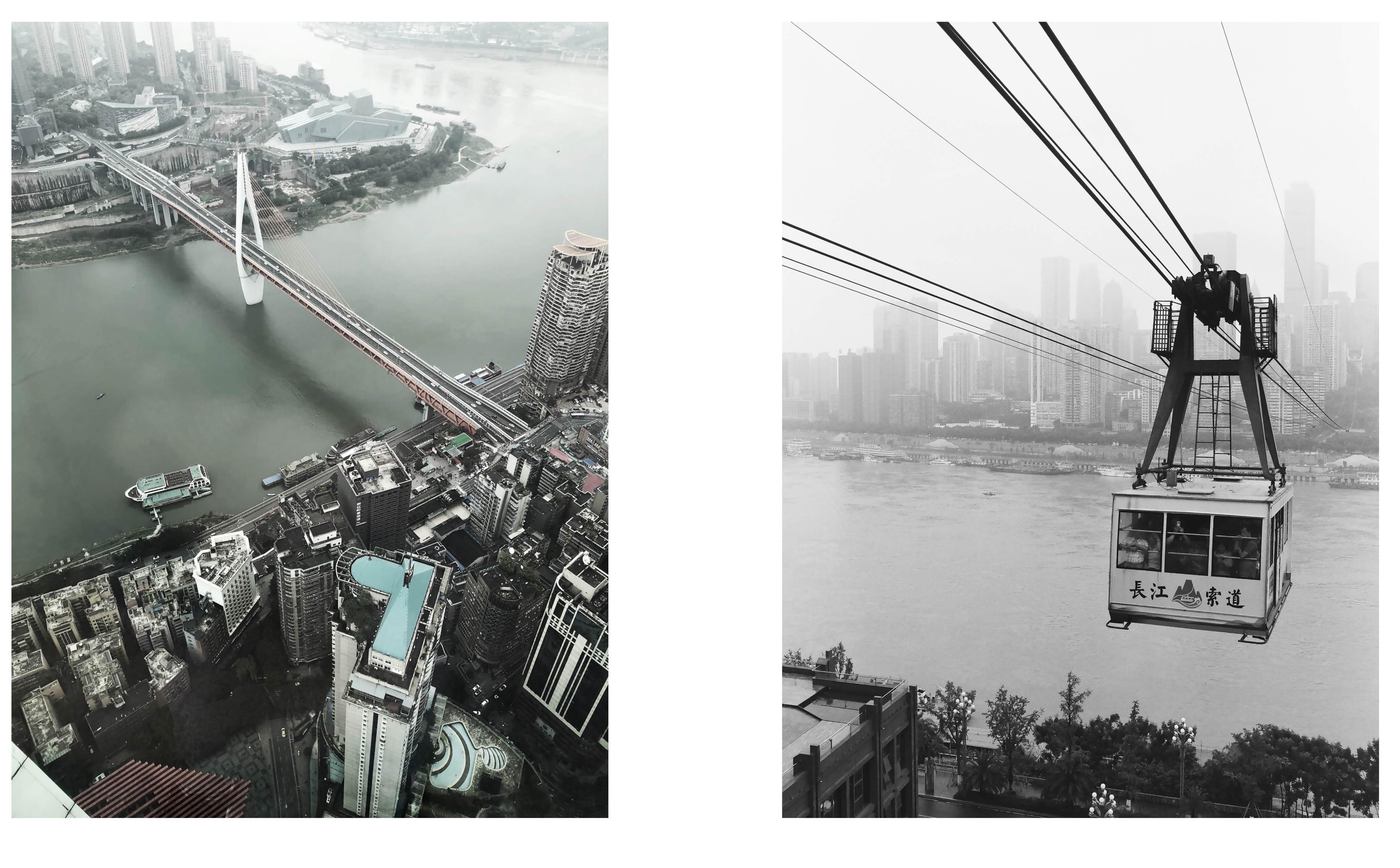 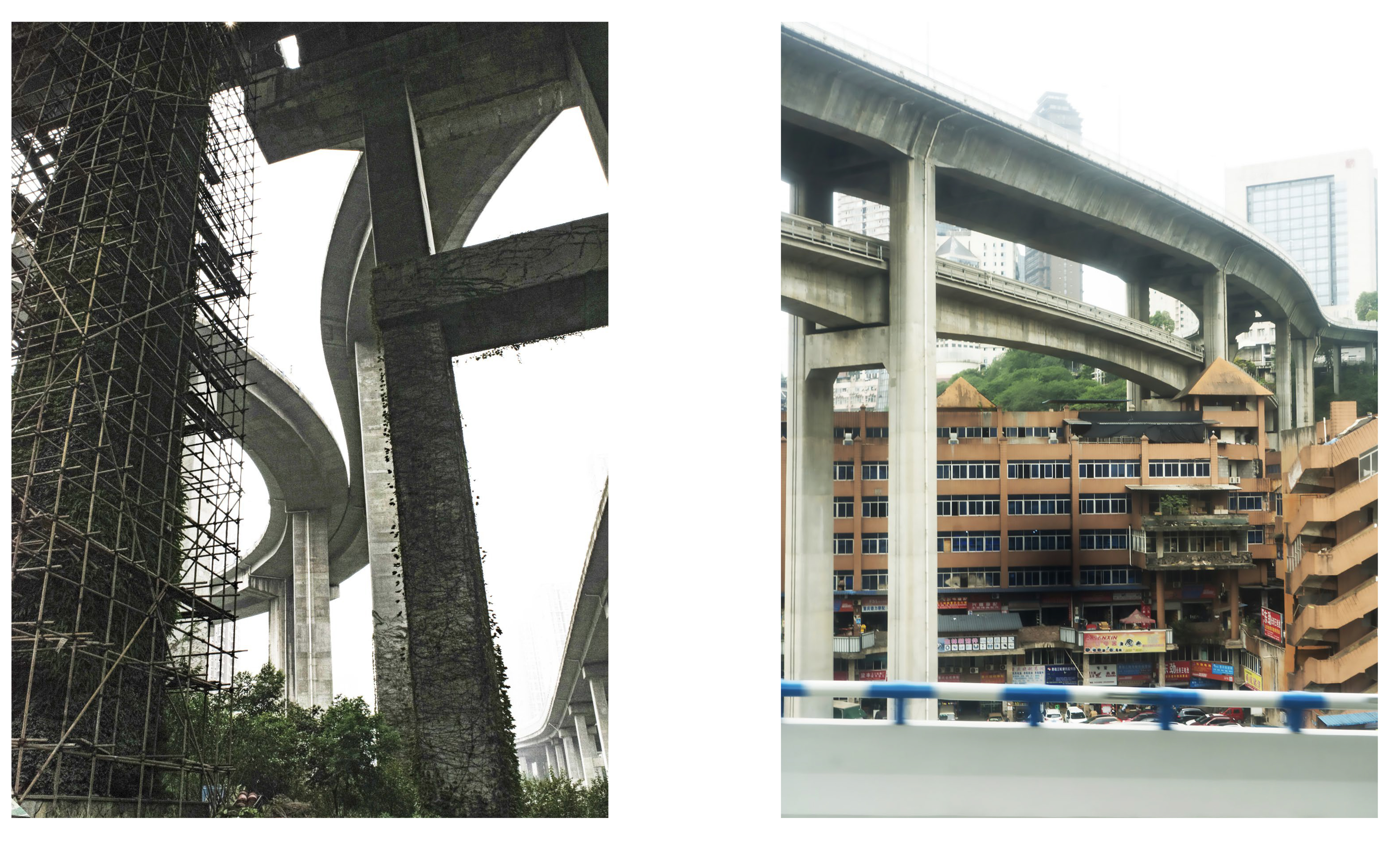 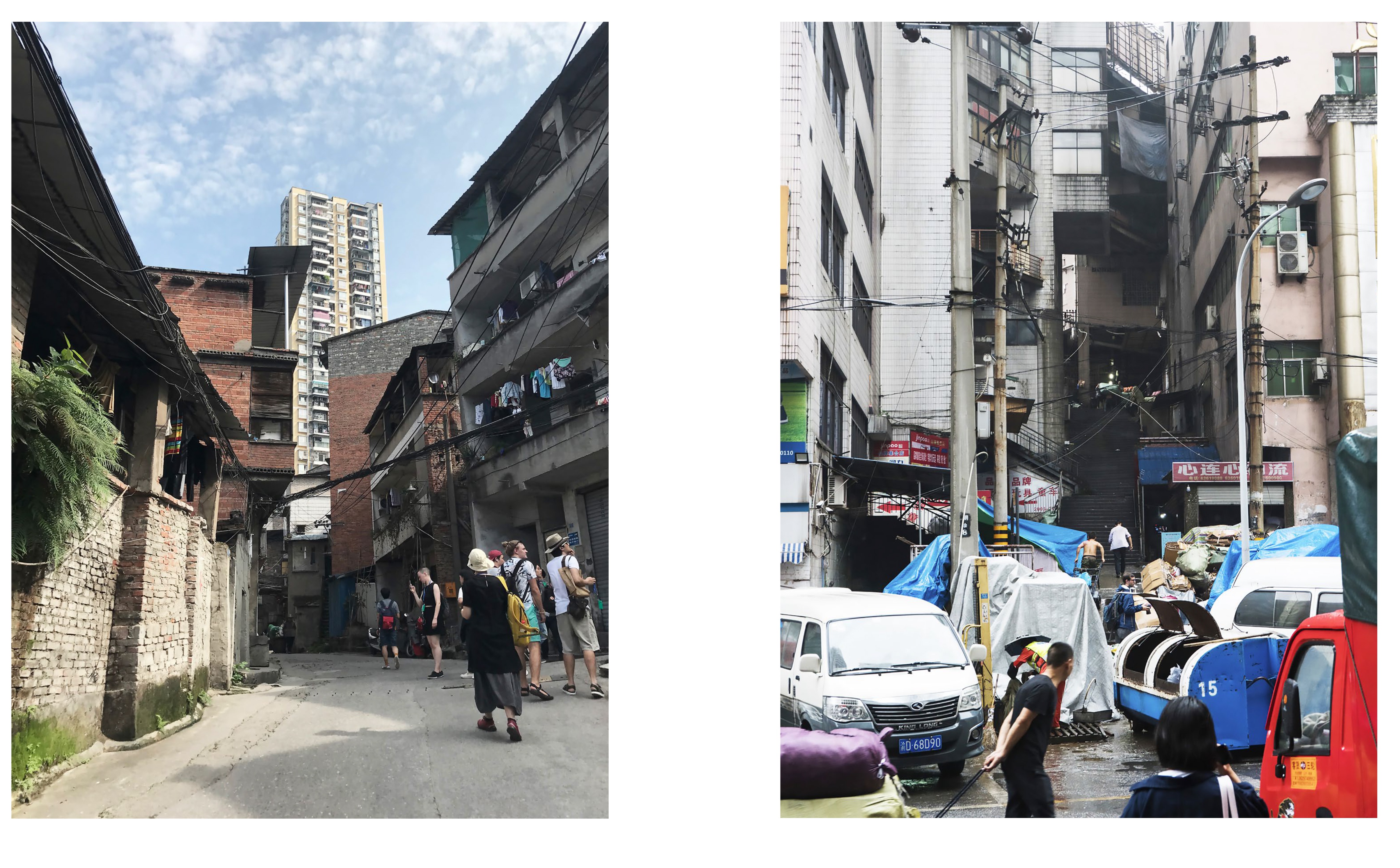 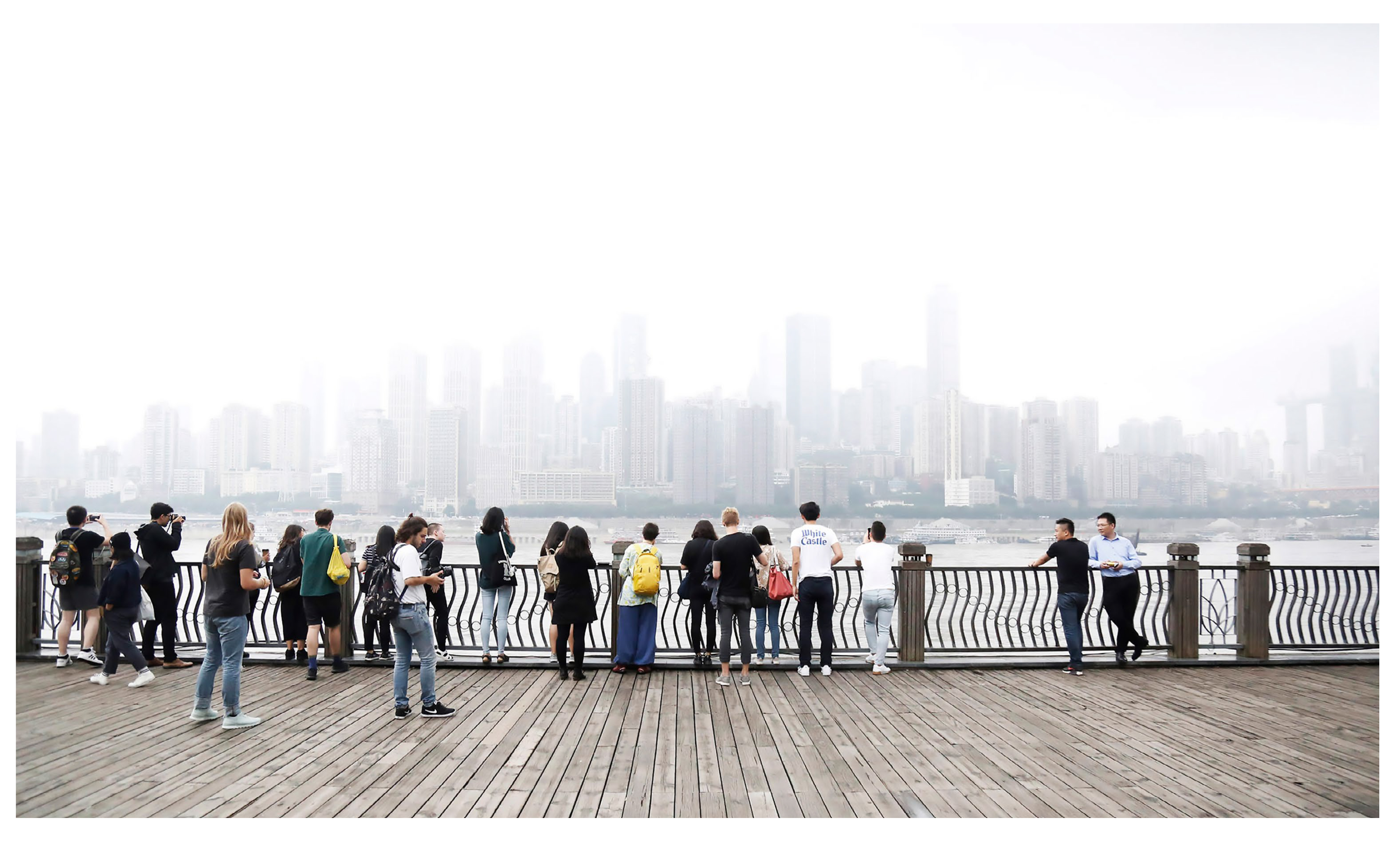 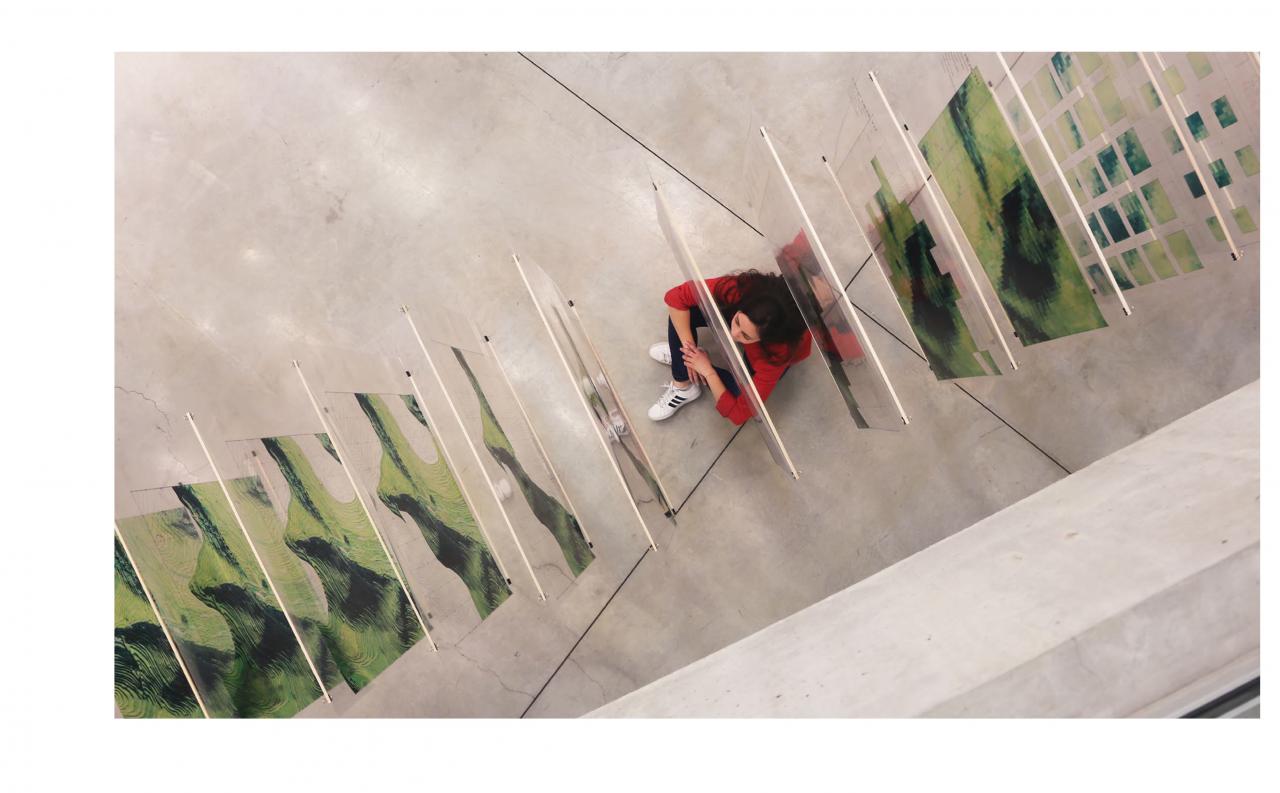 AGRICULTURAL TRANSITIONS IN CHONGQING AND BEYOND

This project explores the agricultural transition in China from rural to urban, collective to corporate, and manual to digital. The installation maps these transformations and their spatial implications across territories. 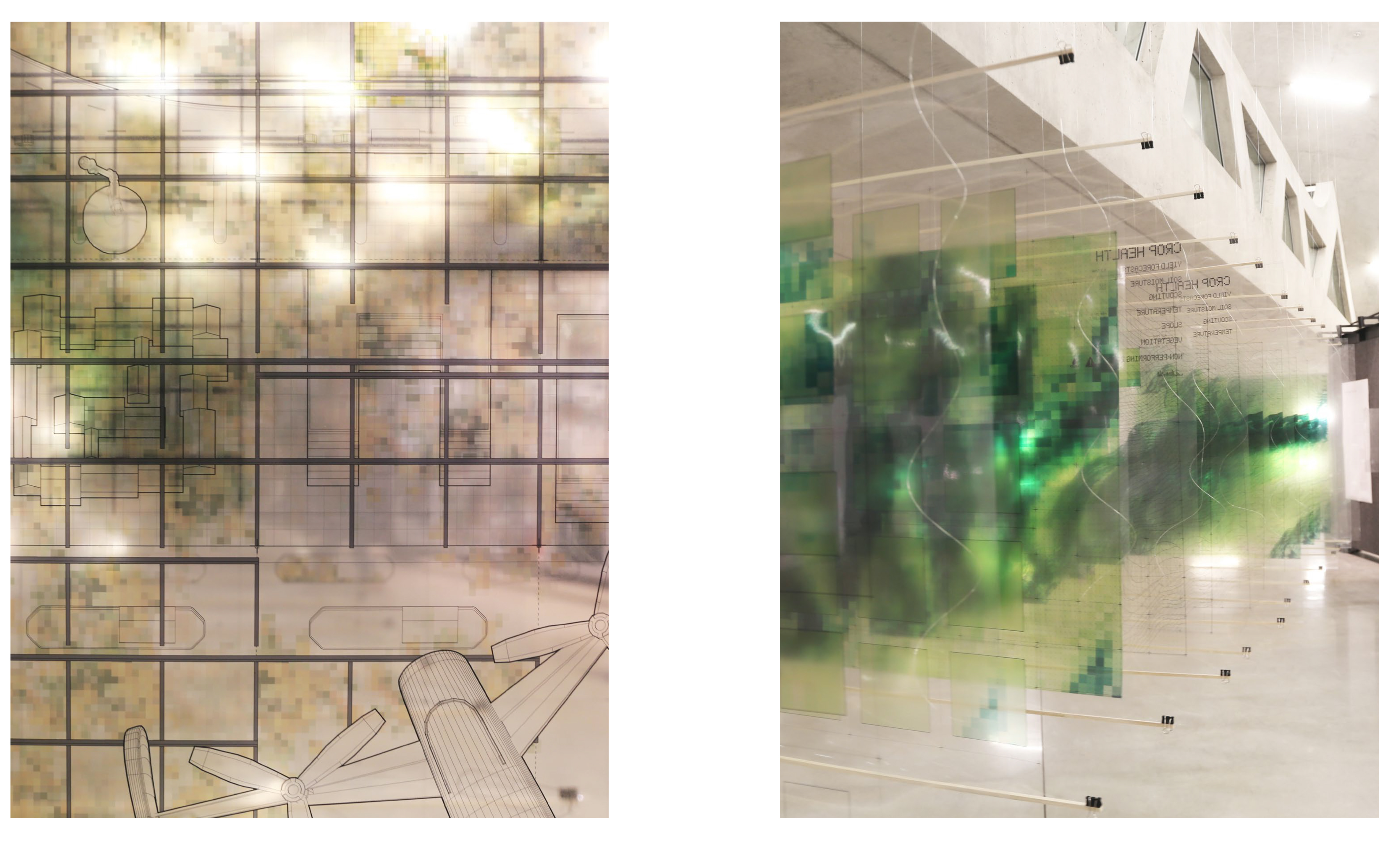 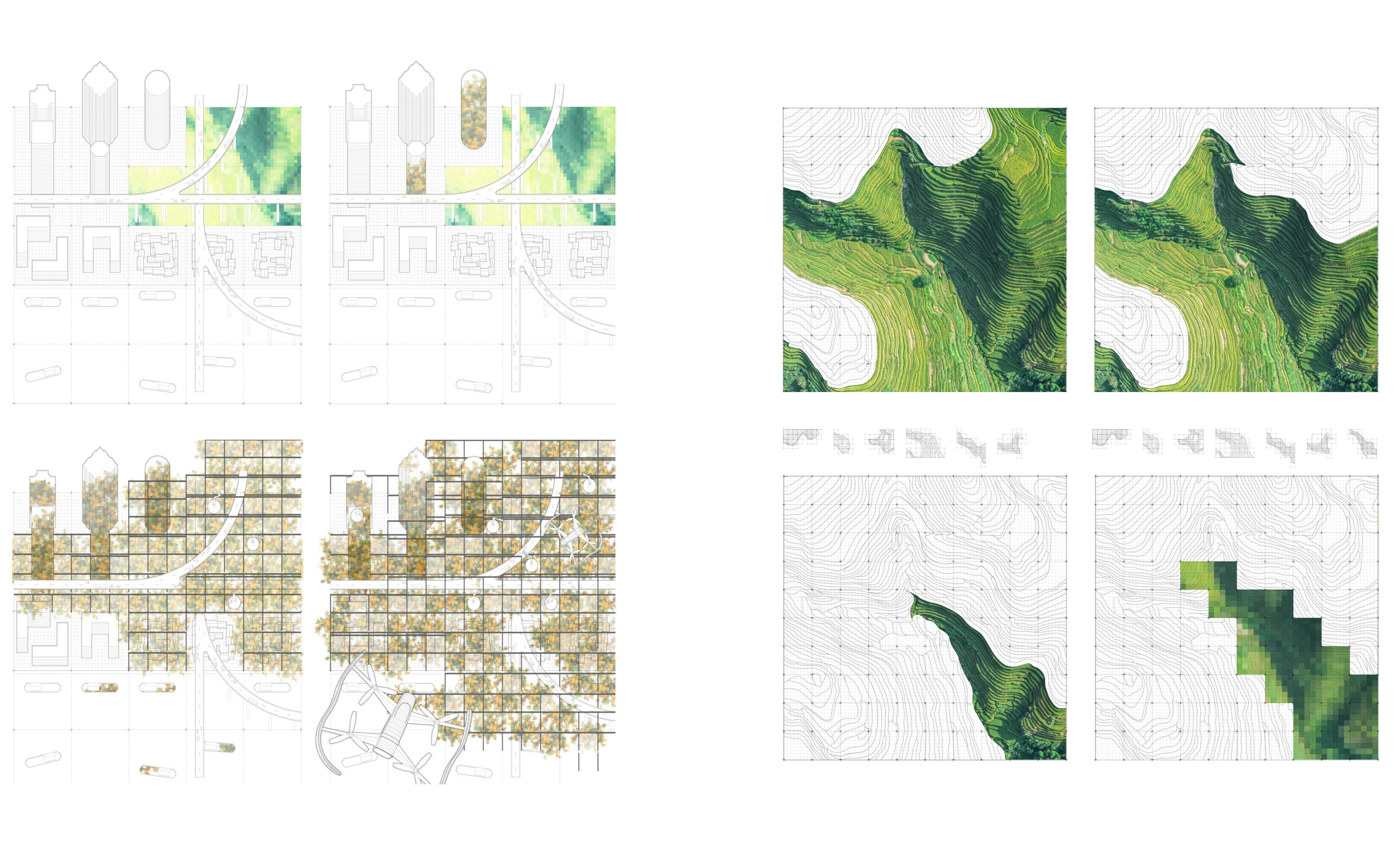 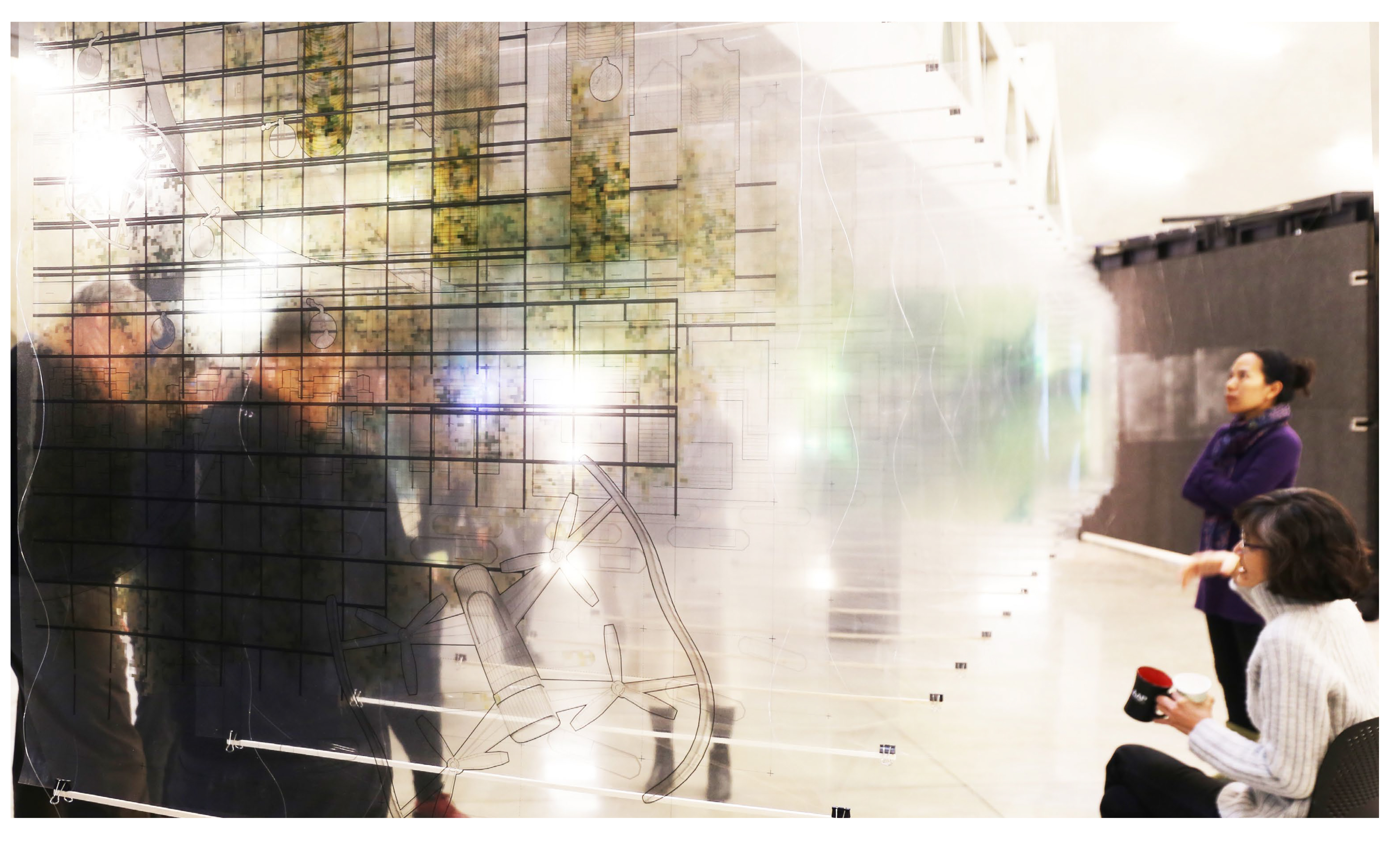 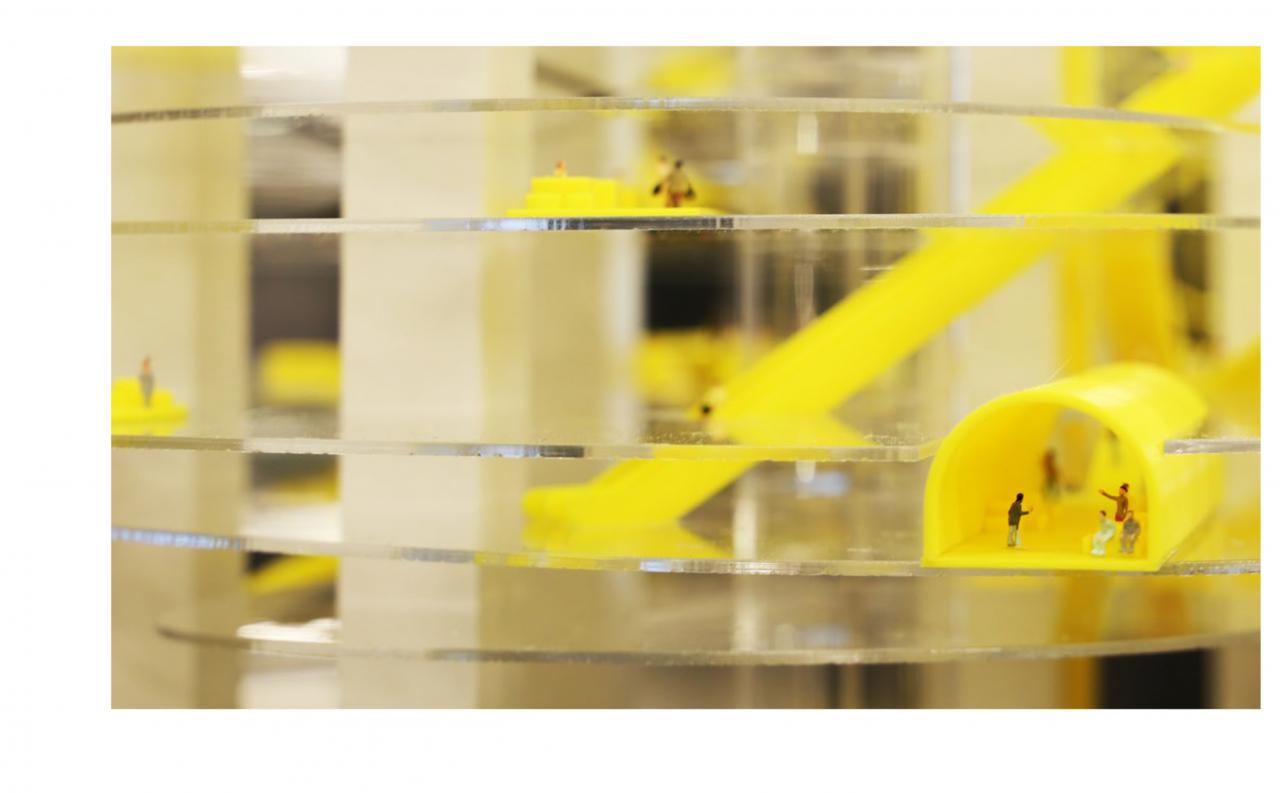 "TO LEAN ON THE MOUNTAIN AND TO EAT FROM IT"

This project reimagines a hyper urban utopia in which the phrase “to lean on the mountain, and to eat from it” is amplified. Metaphorically, the mountain is being eaten – eroded, displace, and removed – as the chaotic, ad hoc urban networks lean on the remaining fragments of the mountain. While the mountain itself loses its legibility, it exists as a new landscape of architectural, infrastructural, and pedestrian networks. 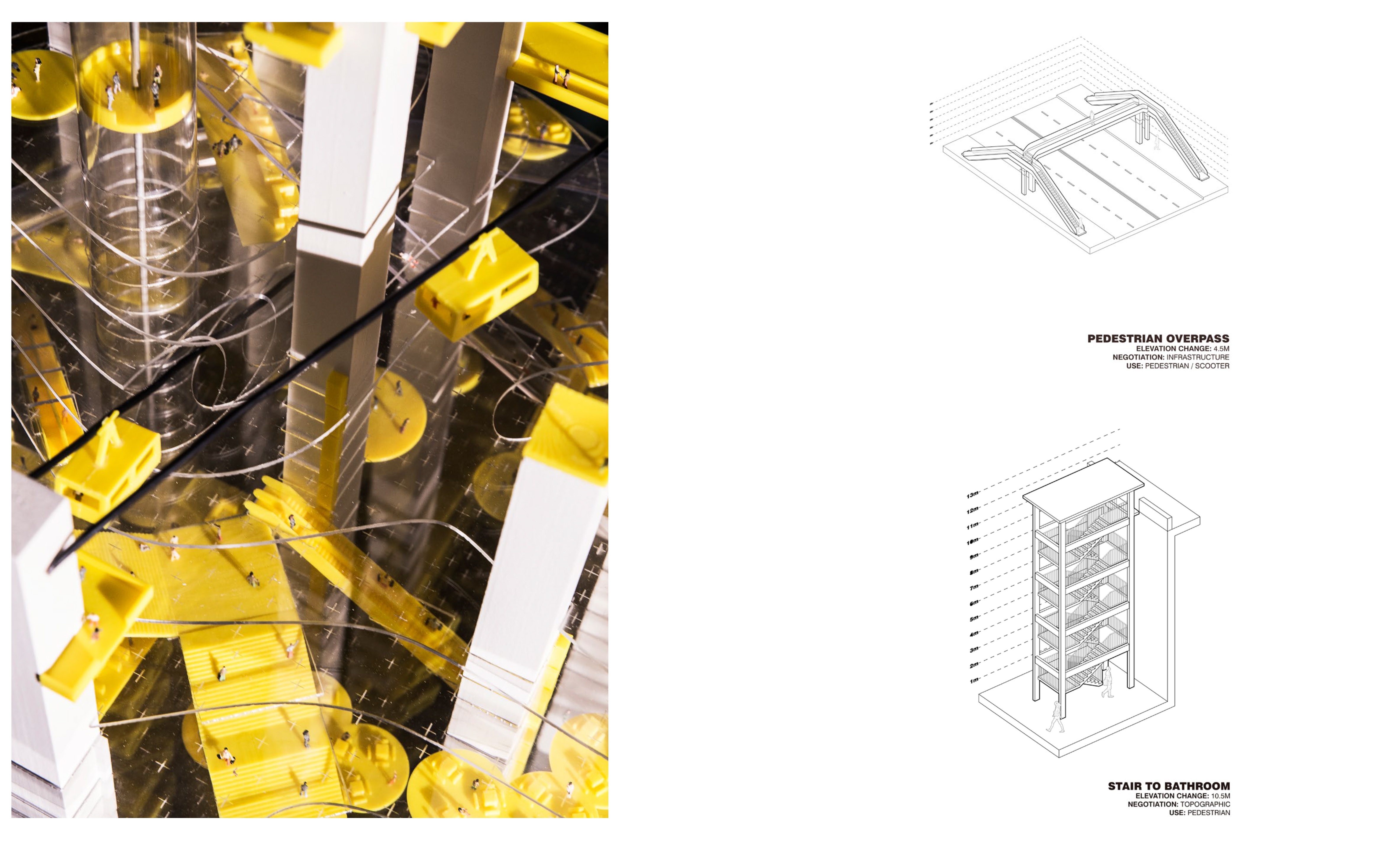 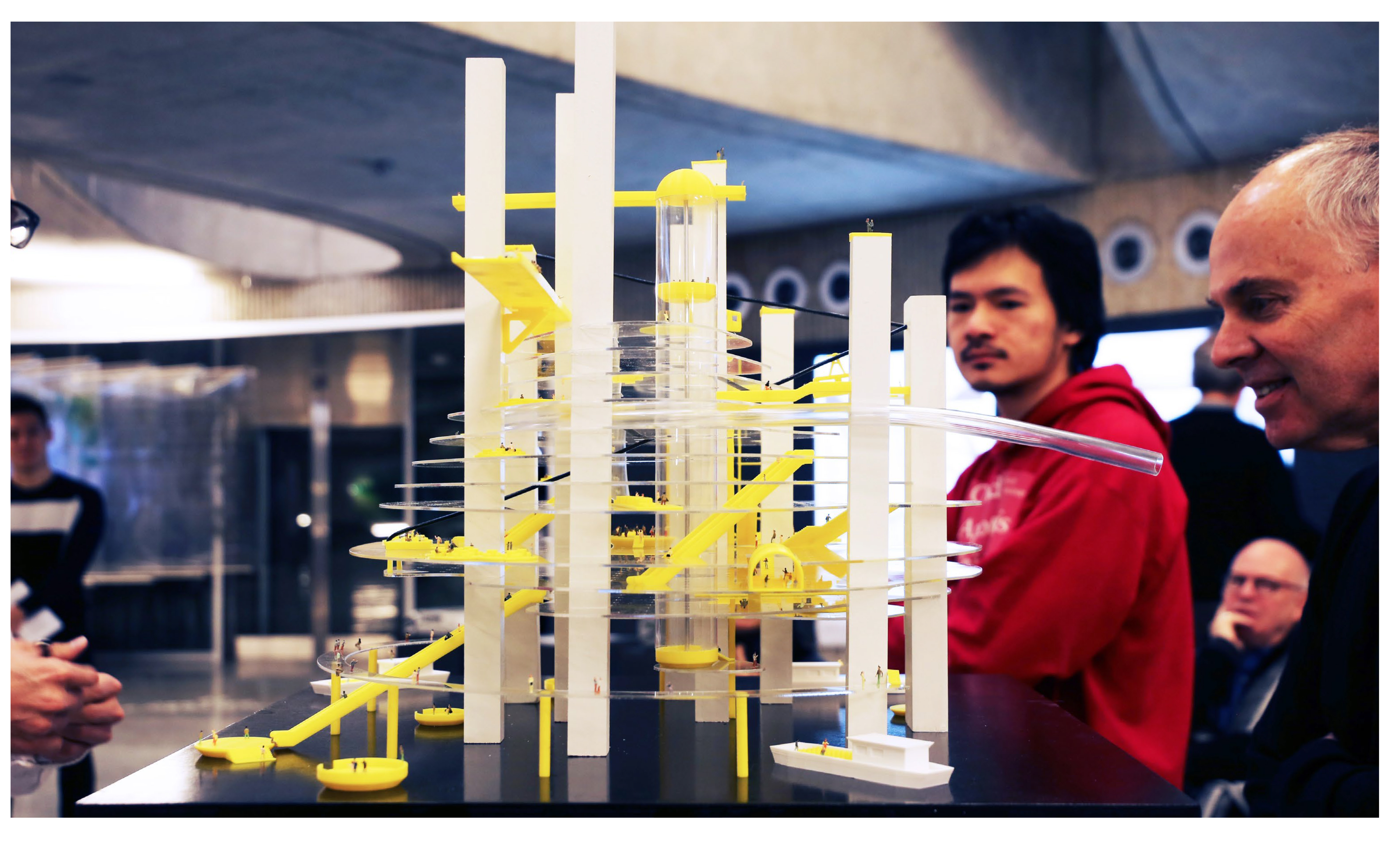 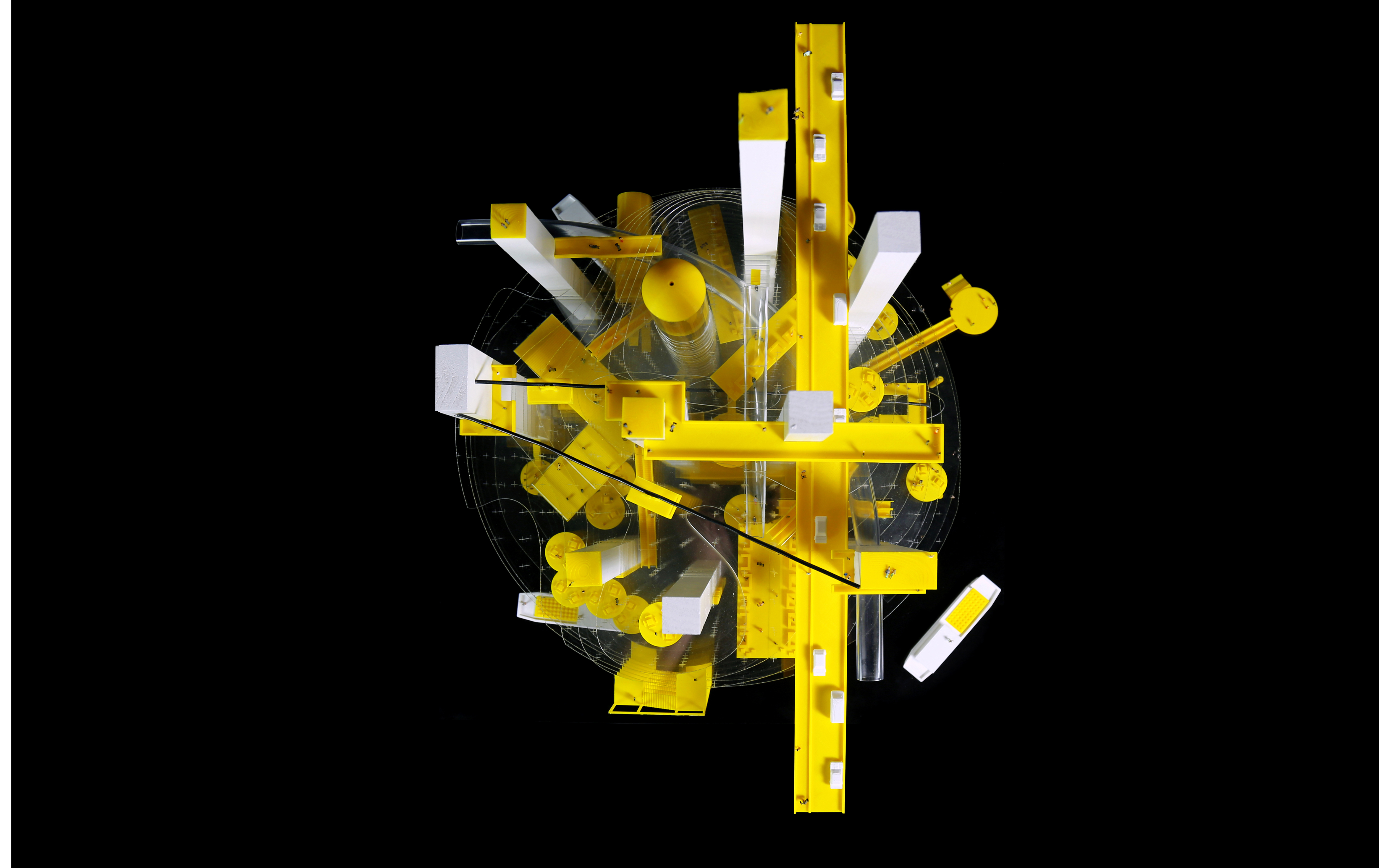 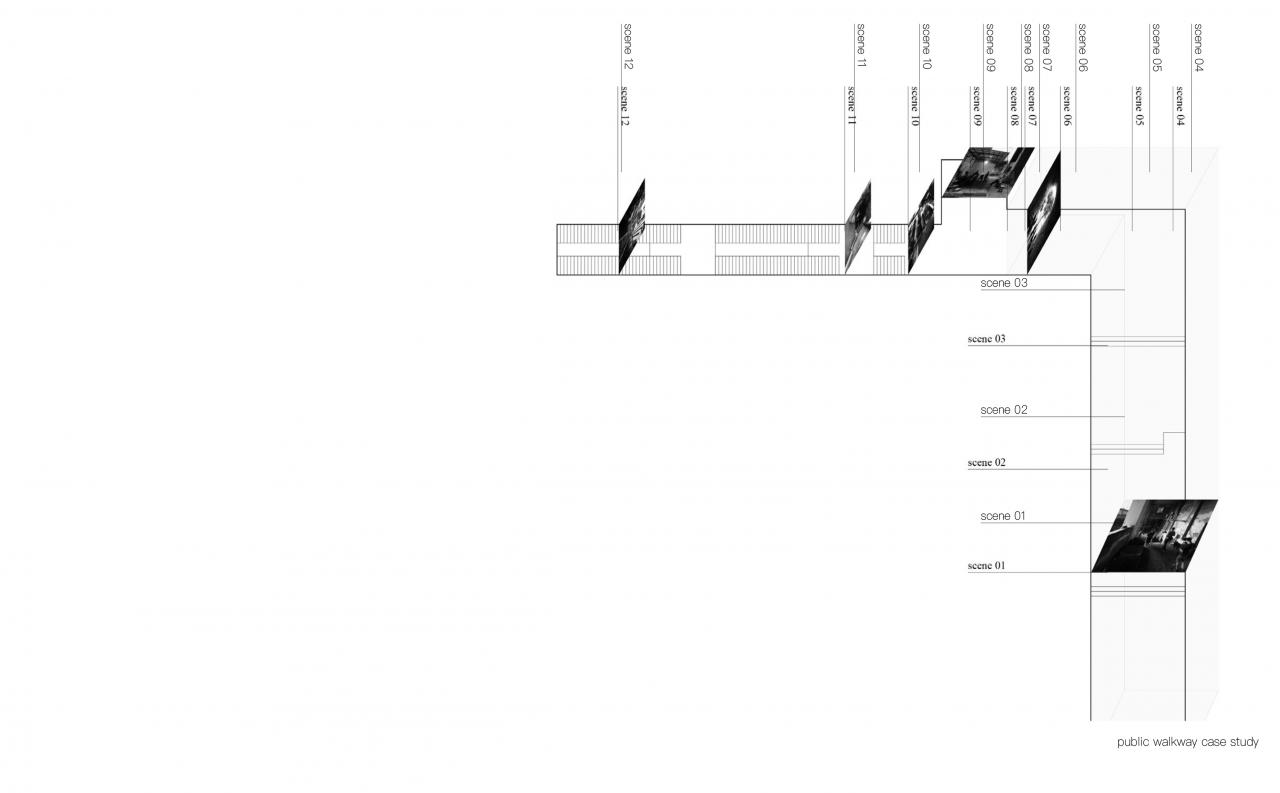 This project visually represents spatial liminalities through drawings and texture studies to physically mimic or replicate the friction and shifting where these zones meet. The materiality and textures surrounding these activities that occur reflect individual and collective activities located at the boundaries and seems of the “in between”.