Exploring the spatial, cultural, and infrastructural stratification of traditional and contemporary urban city fabric in Chongqing, the studio designed alternate systems of urban housing and to develop innovative construction methods to negotiate the city’s unique spatial, topographic, and urban milieu. Built on rugged terrain and situated at the confluence of two rivers, the Yangtze and the Jialing, Chongqing is a geographically compelling as well as an urbanistically complex city. The region recently experienced massive spatial and demographic transformations shaped by large-scale infrastructural projects such as the Three Gorges Dam. Being the only provincial-level municipality and first-tier city in Central China, Chongqing has rapidly urbanized into a mega-city with over 30 million residents and dense urban clusters surrounded by rural districts.

Informed by its topography, the core city is a multi-ground agglomeration, stratified into a multiplicity of vertical urban layers.  Transportation infrastructure such as monorail, elevated roadways, and overpasses float above the city penetrating buildings at all levels. While this forms a unique and fascinating multi-layered urban fabric where ground becomes roof and roof becomes street, the increasing conflation of infrastructural and urban development in the form of concrete towers has introduced hierarchical access to daylight, air, and circulation in the city center. Leveraging this highly intricate multi-ground context to privilege horizontal and oblique networks, the studio is interested in re-visiting fabric as an architectural and urban strategy for interconnected organizations of program, circulation, and infrastructure. In contrary to the generic mix of commercial and residential towers that have overtaken the urbanized landscape across China, the goal is to experiment with novel forms of high-density, mixed-use, and close-knit urban fabric housing systems for Chongqing. In tandem, design explorations which investigate new formal, material, and automated fabrication strategies to construct complex and locally adaptable systems for the city are fundamental to re-think conventional construction practices at an urban scale.

This project uses the analysis of Chongqing’s most omnipresent infrastructure, highways and elevated interchanges, to reveal and propose for a new possibility for elderly housing. Ramps are created to traverse the drastic height differences in “Chongqing-scape”. Not only does the ramp provide the elderlies a milder way to circulate, it also creates a space that nurtures the spontaneity in the entertainment culture of Chongqing and a connectivity within the community. 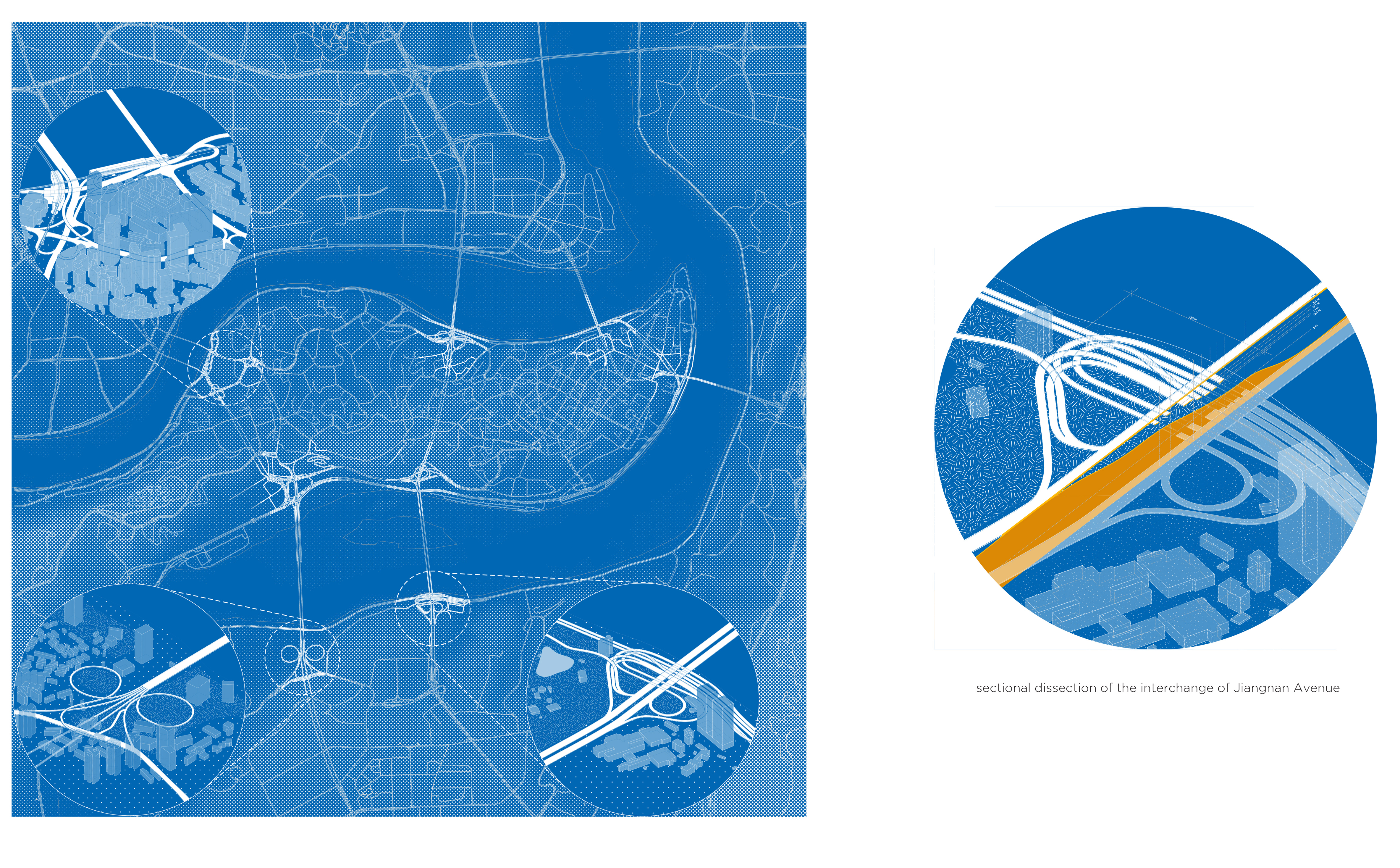 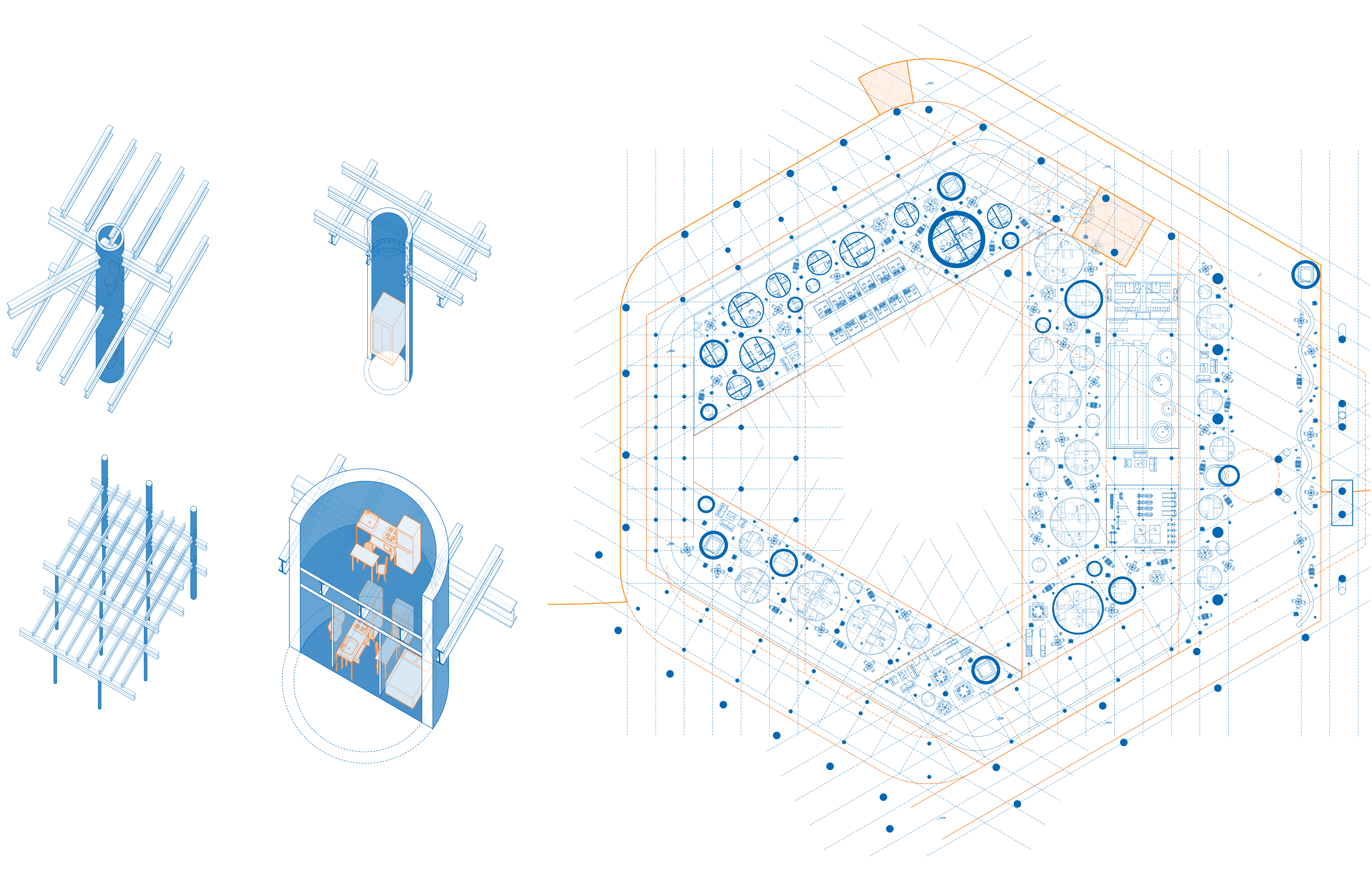 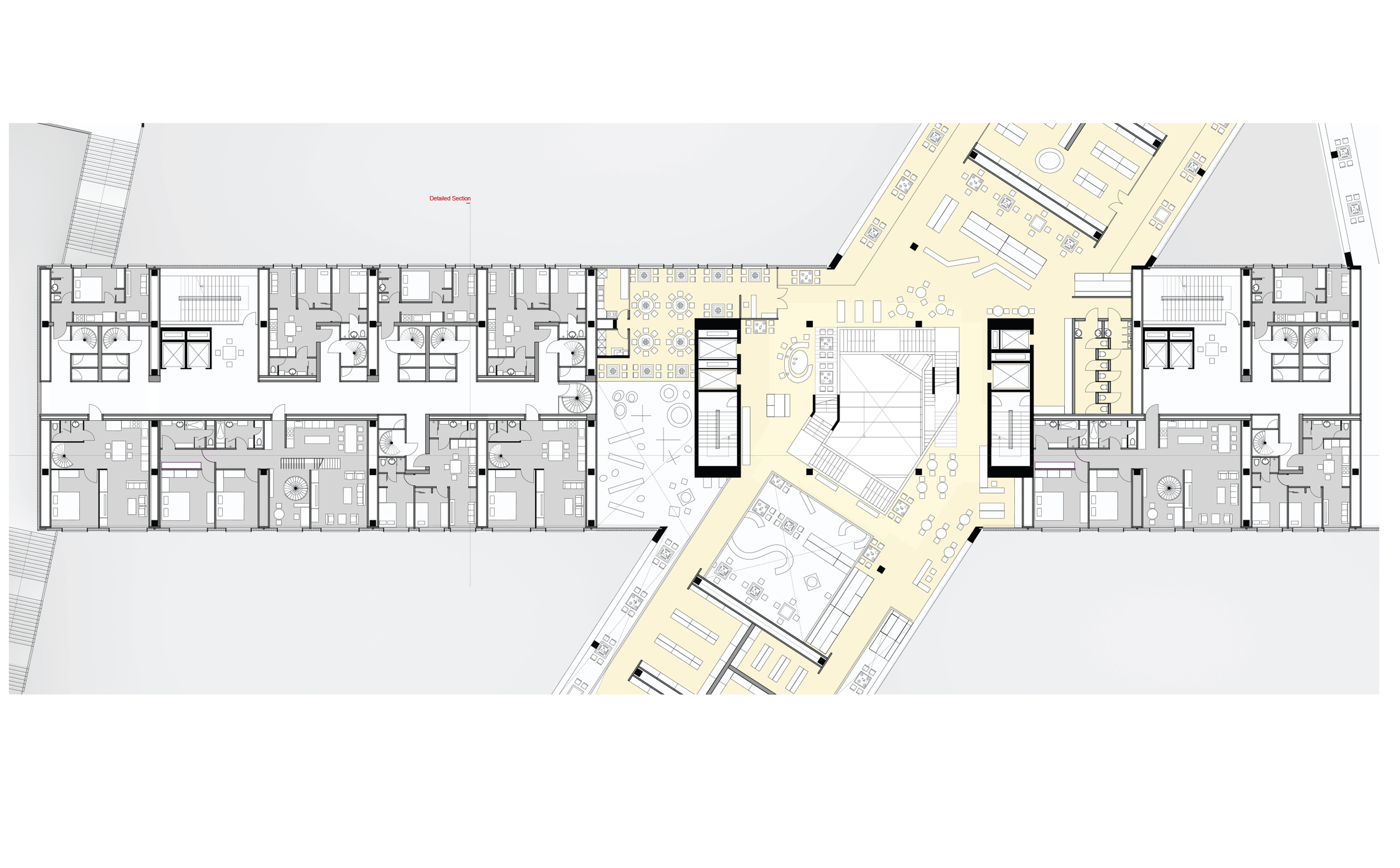 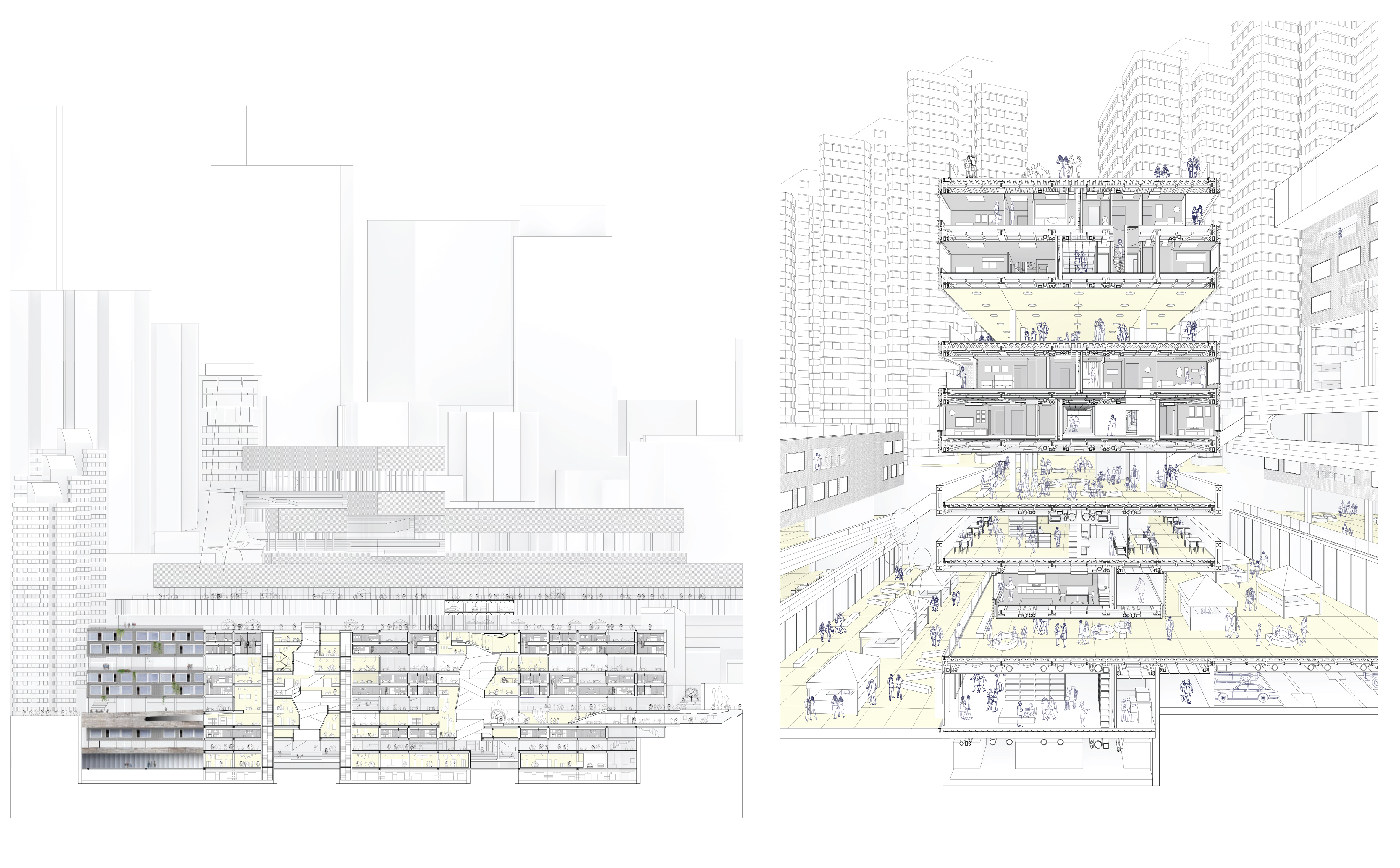